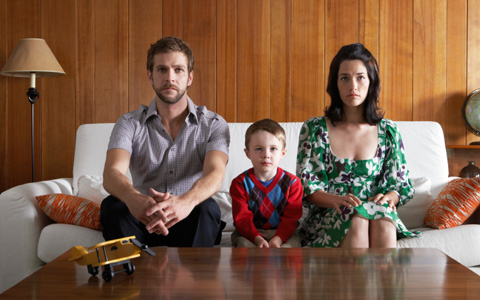 Are you nervous about how your kids will grow up? Are you trying hard to give them all the right opportunities? Does parenting feel like a high-stakes game of “Whose kid is more awesome?” If so, be encouraged. We made 10,000 mistakes and our kids still turned out ok.

So much parenting advice plays on our fears. We see the results of this being lived out in young adults as they struggle with the fruits of our fear-based parenting: Questions of identity, lack of community, confused calling, and sense of entitlement in an increasingly complex world. Is it possible to parent without fear? Our advice: Feel free not to play along – refuse to drink the “experts” Cool Aid.

It takes a fair amount of hutzpah to give someone else parenting advice, but we get a decent amount of street cred by knowing that we have made a mind-bending amount of parenting fails and still having adolescents who are turning into nice young adults – heck, we’ve even had people tell us they joined our church because they wanted their kids around ours. And our kids actually are pretty swell: They are kind. Thoughtful. Motivated. They love God. They seek community (both multi-generationally in church and in age-appropriate ministry groupings). They lead and serve others. And they are doing these things without much prompting from us. How did we do it? Was it dumb luck? Were we experts in child psychology? Were we blessed with compliant children? Actually, it was none of the above. We are ordinary people who did a few grace-based things that we thought were right. Here, in no magical order are…

10 things we do as parents that seem to have worked:

In other words, we placed high value on effort, risk, faith, and service, and a lower one on club sports (never played one), academics (although they signed up for plenty of AP courses on their own), and fighting their battles.

How about you? Do you have any tips for young parents who are embarking in this lifelong adventure?

For another post on parenting: The Secret Sauce for Raising Great Teens