2) Free markets take advantage of all of the information in a society, generating stability. No one bureaucracy can adequately plan the way every consumer’s needs can, stimulating through the mechanism of supply and demand, the fulfillment of consumer’s needs.

3) Free markets generate creativity and promote innovation. Steve Jobs says, “I can make a better phone” and we are all better off.

4) Free markets limit the abuse of power by keeping it distributed widely, into the hands of each and every consumer.

These all contain at least an element of truth. And, although I am acquainted with both Barry and Wayne and think highly of them, I would like to push back against the idea of unfettered free markets…[1] Unfettered free markets are simply not, to use a common colloquialism, “all that.”

1) Competition is imperfect. Agents in the UFM (unfettered free market) will naturally conspire to decrease competition – oligarchies anyone?

2) Bidding is also. The UFM assumes that we are all equally free to “bid” for services. Children and future generations, for example, are not. Companies can and do work against their own long-term interest for short-term gain (Chinese air pollution reaching American shores and the Great Pacific Garbage Patch come to mind). 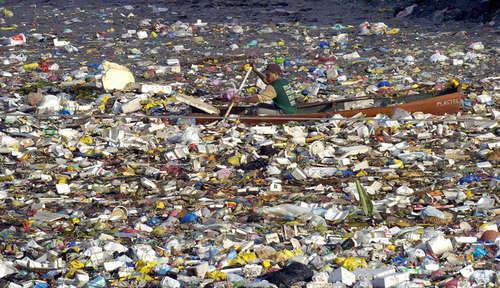 3) Cost divergence = markets that aren’t really “free”: The UFM assumes that the nominal cost (what I pull out of my wallet to buy a car) and the real cost (all of the expenses of driving my car: cost to build the roads, lost opportunity cost of land under the freeway, pollution cost of car, cost of administering and policing the roads) are equal. They are not. A government was probably involved in taxing consumers to cover the real cost. Societies’ must provide infrastructures. Do you want that infrastructure planned and inspected by disinterested parties or the company profiting from the bridge you are driving on? Thought so.

4) Socialists are happier. If the UFM was the best economic system then people living in them should be “happiest.” In fact, that is what Dr. Grudem and Mr. Asmus tell us. Unfortunately, the evidence does not bear that out. (http://goo.gl/FZSKVL) Bloomberg reports, The “happiest people,” year after year live in Northern Europe: 1) Denmark, 2) Norway, 3) Switzerland, 4) The Netherlands, 5) Sweden. All are tightly controlled economies. The U.S. ranks 17th.

So color me a believer in some government regulation of economies. Unfettered free market systems regularly create long-term nightmares that people band together and elect governments to solve. Drive up the I-95 toward Philadelphia. It looks like a scene from the movie Soylent Green. Consider also the chemical companies in East St. Louis. Those companies spent 100 years gerrymandered out of the school district of their plant workers so that they didn’t have to pay for schools for their own employees children…even as their toxic sludge oozed up into the basements of those schools. Humans can and should band together to make sure that some decision-making is centralized for the common good – automobile safety regulations, and eliminating lead paint on children’s playground equipment come to mind.) The issue is to figure out which regulations are “doable” (like lead paint) and which are not (a $30/hr. minimum wage) and then give government the teeth for enforcement. A government with no teeth is no government (Insert name of any one of dozens of countries with ineffective/corrupt governments here).

Regulating human selfishness is, by the way, biblical:

1)   “The love of money is the root of evil. The UFM assumes that I will love money and my self-interest…not God and neighbor. Do we really want a system that glorifies our sin nature, rather than one which acknowledges but works to moderate it? (1 Timothy 6:10)

2) Scripture assumes that humans, because of sin, are not “free,” but natural oppressors of other humans. (See Amos 2:6-7, 4:1-9). Has an unfettered FM really insured human thriving? Ask the employees of the Triangle Shirtwaist Factory. O wait, we can’t.

3) We are told to “Bear one another’s burdens.” (Gal 6:2) Let’s employ the hermeneutic principle known as “the clear meaning of words: “Bear”: to carry.” “One another’s”: someone else’s. “Burdens”: That which is heavy.

4) Generosity, the “re-allocation of wealth,” was commanded of individuals (Deuteronomy 23:24-25) in early Israel…but the early government was too weak to provide services. To maintain a completely individualized system leaves aid unevenly distributed-a burden upon those in places with more poor. In an era with more social organization we can do better.

5) There are numerous injunctions to create government. Scripture repeatedly advises the appointment of “judges” – administrators of law and social organization (2 Sam 7:11, 1 Chronicles 17:10, 1 Chronicles 26:29, 2 Chronicles 19:5.) This starts when Jethro sees a need (Exodus 18:13-27). He then creatively solves the problem by generating a new solution: judges for disputes. Why can we not utilize this same method in economics?

The question is how best to administer sharing and some regulation for the common good. In Acts, the church gave that task to deacons. Are church buildings and local deacons the most efficient way to care for the poor? Perhaps in some places. Probably not in all places.

And then, there is still that question as to where the “happiest people” live. Again, the data says that Dr. Grudem is wrong. It is NOT the places with the most open and most unfettered free markets, but specifically those places in which markets have some public controls to protect consumers.

The sad thing for me is the way much of the American church defends partisan policies (no economic limits or regulations…Somalia comes to mind) as if this is the Gospel of Jesus Christ. Do I really need to say that it is not? I recently posted on FB my joy that a friend, a music minister at his church, and brought to the U.S. as a 9 year old, received Deferred Action to be able to work. Christians railed against this…against a Christian music minister being given the freedom to  work in the market as the result of his parent’s illegal actions 15 years earlier. It generated 120 comments in 24 hours.

Julian the Pagan, in his (362 AD) campaign to revive paganism wrote, “I think that when the poor happened to be neglected and overlooked by our priests, the impious Galileans (Christians) observed this and devoted themselves to benevolence. They support not only their poor, but ours as well, everyone can see that our people lack aid from us.”

Where did this spirit go? Once upon a time we Christians were known for our love and self-sacrifice. We were known as great defenders of the week and great lovers of those in need.

Will the church reclaim a moral high ground? One in which we love our Lord and His least, last, and lost more than we love protecting our markets, our assets, and our borders?

[1] Barry is a great guy and a friend of Young Life. Wayne is also a very nice man, a best selling author, and has a most amazing array of memorized Scripture.

17 thoughts on “Defending an Unfettered Free Market? Christians give up the moral high ground yet again”