There is an old expression from the days when entertainment starved small town Americans waited for the traveling circus to show up, only to be left flat by the disappointing show: one-tent, one-clown, and a one-trick pony. The one-trick pony was a let down, even for farm kids who spent their afternoons watching summer storms roll through from the porch. Reading reports of the testimony from the General Convention it seems to me that, although we may shrink our structures, we have already shrunk our vision. We have become the ecclesiological expression of the one-trick pony. Our pony is “justice,” and we are in grave danger of riding that horse into the ground.

Our church was once characterized by evangelical and reformed theology, ecumenical dialogue through the Lambeth Quadrilateral, ancient catholic practice, and engagement with the world as a natural outgrowth of the first three. It now appears the pressures of our decline and the narrowness of our seminaries* training have left our laity and clergy unable to argue from the Holy Scriptures informed by the tradition, only from feelings and opinions. The words reported from last night’s “Special Legislative Committee on Marriage” are filled with, “I feel,” “I think,” “I want,” “I believe.”

We seem to be unable to view issues through any lens but the lens of social justice – to the point of public shame. Last night a cathedral dean equated the Book of Common Prayer’s marriage rite language to the flying of the Confederate flag over Charleston.

Here is a money quote from The Living Church’s coverage, “‘How long are we going to allow documents like the Book of Common Prayer to contain language that is explicitly discriminatory?’ asked the Rev. Will Mebane, interim dean of St. Paul’s Cathedral in Buffalo and a member of the Task Force on the Study of Marriage. ‘Demands for the Confederate flag, a symbol of hate, to come down have been heard. … It is time to remove our symbol that contains language of discrimination.’”

The dean from Buffalo actually equated the language of the prayer book marriage rite (lifted directly from another “hate document,” the bible) used in a church in which 3/4 of our diocese’ have same-sex commitment ceremonies to the racially motivated murder of nine faithful Christians assembled in their church to study the scriptures? That is patently irresponsible, thoroughly insensitive, and wholly unexplainable to my African American friends.

But I cannot really blame Reverend Mebane. To quote a well-worn expression, “When your only tool is a hammer everything begins to look like a nail.” When we read the scriptures only through the lens of justice, everything begins to look like a justice issue.  We seem to have reduced ourselves to this one-trick pony. And, dogonnit, we are going to ride that thing until it folds under our weight.

Luckily, and as usual, it is the bishops who ride to our rescue. Bishop McConnell of Pittsburgh pointed out, “A substantial range of voices was excluded in this task force…” Such as the voices of traditionalists, and those of both our ecumenical partners and the other Anglicans in our world-wide communion.

We are fond of quoting our African brethren’s proverbs in our meetings, so let me suggest one: “If you want to go fast, go alone. If you want to go far, go together.” If we keep riding our justice hobby horse fast and alone, it will do what horses ridden for too long do: collapse.

We have same sex blessings. That horse is out of the barn. Now, for the love, can we throw a saddle on something else for a bit? The actual mission of the church: the evangelism of the 2/3 of the world who are outside of the faith and the discipleship of the 1/3 inside it, would be a good place to start. 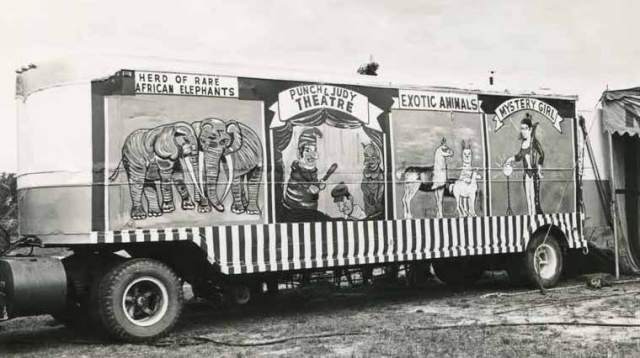 *Biblical languages, systematic theology, historic exegesis are all absent on the Courses of Study I have seen. Old joke: “What do you call a leader with no followers?” Punchline: “Someone taking a walk.”

With General Convention just around the corner there is much talk in Episcopal clergy circles of internal restructuring schemes for our national church office. Interestingly, no one outside our tribe has ever asked me about our “structure issue.” When I speak with other clergy they ask about another issue: “What are you guys doing about your leadership issue?” They see us as having a pressing problem that most of us do not seem to be able to see: A significant number of our “leaders” don’t have many followers.

The numerical decline of the American mainline has left the offices of the historic denominations in a state of continual “restructuring” (a.k.a. “downsizing”). These efforts cost piles of money, take years to enact, and generally leave us with more of the ineffective same. There is a reality instinctively understood by independent churches: churches are neither planted nor grown from national headquarters but by local leaders and their local followers. Church planters know the leadership equation:

Or as Scott Haas the planter of Substance, a Minneapolis church exploding with millennial generation parishioners says, “The right person, at the right time, in the right location, with the right methods, with the right inner circle of leaders, equals success.”

Our results stare us in the face: In numeric decline for thirty years, we are now in numeric freefall. Episcopal churches have lost a quarter of our Sunday attendance over the past decade: 823,000-623,000 per week from 2003-2013. And, lest you believe the rhetoric our decline has bottomed out, in 2013, the last year we have statistics for, the decline was 2.6%, an increase over the 10 year average of 2.4%. Conclusion, we have shrunk, are shrinking, and the rate of our decline is accelerating.  To make matters worse, this summer our General Convention will contemplate new rounds of canonical and prayer book revisions that threaten to marginalize whole groups of parishioners, threatening yet another slow trickle from our churches. And, as if we have not had enough bad news, we are about to enter what church statistician Lovett Weems calls “the tsunami of death” as our builder generation attendance core become, paraphrasing St. Paul, “absent in the body to be at home with the Lord” over the next decade.

So, If our results do not “equal success,” where in the equation are we falling short? Is it the right people? The right location? The right methods? or the right inner circle? Because our leaders have been telling us for a decade that the Episcopal Church is “poised for growth.”

And, although the first half of this post might seem to indicate otherwise, I actually believe them.

I do believe that with our inner-city locations, historic buildings, broadly creedal ancient-future faith, communities shaped in daily immersion in the scriptures and weekly sacramental worship, our willingness to form communities that help one another strive for personal holiness with grace toward others, of agreeing to pray together rather than agreeing to sign the same doctrinal statements, that we really are poised for growth.

You should know, however, that I myself was once poised. I was a freshman in high school. It was in the swimming unit of second hour Physical Ed. I was poised on the end of the high dive. Every sinew of my skinny body twitched in readiness to propel myself off that board. However, fear won out over the desire to impress the girls below. Fear and the awareness that I did not know how to dive – I lacked diving talent and preparation. So I turned around and slunk down the steps of the board to the jeers of my pre-sensitivity era friends. The point: Being “poised” to do something doesn’t get it done. One still needs talent + preparation + expectations + effort in order to go get the results that opportunity leaves us “poised” to achieve.

Will we Seize Our Episcopal Moment?

Will we turn it around? As “The seed that grows on its own” parable (Mark 4:26-29) taught us this past Sunday, the kingdom will keep growing. Last year, for instance, the Sunday attendance of 10 American churches grew by 2000 people or more. But we will only reap the harvest into our churches if we cast the seeds of the Word of God and wield the sickle to bring in the harvest. We will have to overcome our hesitation at using the God given tools of evangelism and discipleship if we are to bring in the harvest God has prepared. The kingdom is growing. God sees to that. But I see a potential pitfall in our (much needed) restructuring efforts: That of staying in the shed “sharpening” the tools to create what has been referred to as a “leaner, meaner, more responsive instrument.” But then never using it.

Will we seize our Episcopal moment and join God’s harvest? Or will we leave it to others?