The Feasts for Newbies: Trinity Sunday (Part One)

Trinity Sunday is that feast in the Christian Year that is about a doctrine rather than an event. And let’s be honest, doctrine sounds like divisive, dusty stuff. You may be one of the many who avoid doctrine with, “I’m spiritual but not religious, I feel no need of your divisive, dusty doctrines. I have the real thing.” 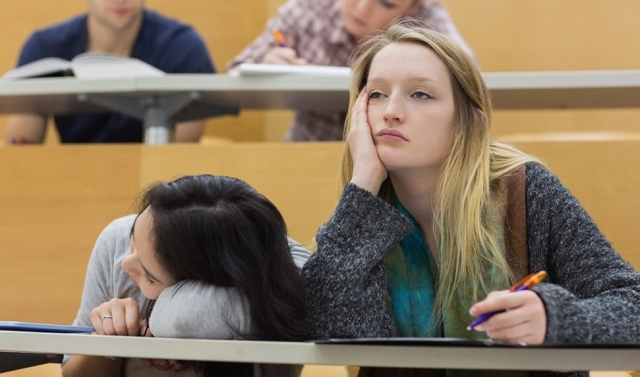 I am sympathetic. Experiencing the Holy One is certainly where it is at, but the “spiritual but not religious” answer is a bit too pat. Here’s why: My son’s college offshore sailing team just sailed the Annapolis to Newport race. My son was navigator. Getting ready for three days offshore meant lots of prep work – 20 hours pouring over charts, marking shoals with yellow and red highlighters.

Saying, “I have the real thing,” though, is like standing on the dock looking out over the water excited about how beautiful it is on the shore. Why would you want to pour over dusty doctrine instead of enjoying the shore? For the same reason a sailor learns his charts. Yes, charts can be divisive – people will argue over which route to take. Yes, it is boring to turn from actual water to paper facsimiles of ocean. My son, who invested hours in those charts, agrees with you: Charts are boring.

They are also necessary. At least they are if you want to get someplace truly amazing. Standing at the dock is fine. But making landfall in Newport and seeing the great homes of the Gilded Age from the Sea is truly amazing…and you can’t get there without charts. Theology is our chart. Doctrine is the vetted, agreed upon experience of thousands who have sailed before – utterly necessary to go anywhere truly spectacular.

When we are young we think that what we want is to appropriate spiritual wisdom as it fits us, the way we would pluck entrees at a cafeteria, picking what “fits” us. But what we need is not a “spirituality” of our own contrivance, but to surrender ourselves to something, someone greater.

One can be vaguely “spiritual but not religious” on the humid shore in Annapolis, or you can venture into the open ocean and journey to the perpetual cool breezes of the Rhode Island summer. At Pentecost, Christians are empowered to get off the dock and experience the real thing. but doctrine is the chart warning us of the shoals, and pointing us toward deep waters. And the doctrine that really matters, the single doctrine that all other doctrine hangs on is the Trinity. Here is why:

We humans spend our lives answering the Great Questions…questions we hoped would get answered in college only to be told, “Don’t talk about that. Get a major that will score you a good paying job, here’s a beer and a condom, stop thinking so deeply!” But the Great Questions stalk us through life like store security follows suspected shoplifters. Those questions include…

You might be surprised to find out that the early Christians camped out on the first question: Why am I here? The God Question. They realized that if one gets the God Question right, everything else works out. Unlike many other theological questions, the answer to the God Question is specific, agreed upon by all Christians: The God who made us is the One who reveals himself as a Tri-unity…one God in three Persons: The Father, the Son and the Holy Spirit. The God Question is how we ended up with the Nicene Creed. It took 300 years to articulate One God in three Persons. The Nicene Creed Christians recite is a very broad statement. All major branches of Christianity: Catholics, Protestants, Greek Orthodox, and Pentecostals…all stack hands on that really, really, really broad answer to the God Question. Unlike later confessions which sought to define what Christians should believe, the Nicene Creed is the least one must believe to be considered Christian by other Christians – the minimum admission to the Christian “playground” of the Holy Trinity. “Without the Trinity,” Christians say, “no harm, no foul, but you are just not one of this tribe.”

A later creed, the Athanasian Creed would elaborate…

“We worship one God in Trinity, and Trinity in Unity; Neither confounding the Persons; nor dividing the Essence.”

That matters because beliefs have outcomes. What we believe about God seeps into everything we are and do.

For example, a Mormon friend once asked me to read the book of Mormon and ask God if Joseph Smith is a true prophet. I said I would if they would return the favor and read Hebrews 1 about Jesus being the final revelation of the Father, and ask God if Joseph Smith might be a false prophet. That sounded fair to me, but my friend objected strenuously, “No!” I asked why. In exasperation my friend stammered, “What if God lies?” That sounds shocking to most ears, but when your God is an exalted human, as he is for my LDS friends, God telling a lie isn’t so crazy. But when your God is an uncreated being of infinite, complete and self-contained love…a being who shaped the cosmos out of a desire to share love, the joyful dance of the Father, Son, and Holy Spirit with humanity, well, deception is simply an unthinkable violation of that being’s very nature.

So yes, theology can be hard work. But is a good work. The question boils down to this: Will you be satisfied to have a narcissistic, humid little experience from the dock when the offshore adventure of eternity beckons?

Pull out the charts and do the work of learning the doctrines of the faith. They chart the boundaries of the journey of love that has sustained the generations. The captain of our souls invites you aboard.

7 thoughts on “Spiritual but not religious? Beliefs matter.”