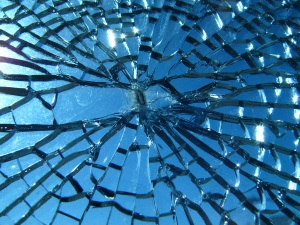 It allows me to peek into people’s joys and struggles, rejoice and grieve with friends, and spurs me to pray more. I keep in touch with people I would never see.

One of those I would never see is Todd. We went to elementary and high school together. We were never really close. Todd and I didn’t run in the same crowd. I always appreciated Todd. He was kind to a girl with special needs once in 6th grade. Kids were not nice to people who were different back then. But Todd was. No one can remember the girl’s name even though she went to our school for two years. We just called her “Gomper,” the name of a local program for kids with disabilities. She had a neck brace and her head seemed too small. Social Darwinism was the rule of the day and we all wanted to be part of the crowd. Make no mistake, the crowd” was the one above you, not the one below. So no one talked to Gomper. Some talked at her, but only if they were getting social mileage at her expense. Not Todd. One day Todd stopped a spring loaded door from smashing Gomper. Some kids were waiting to see it happen. They were upset with Todd.

Thirty years later Todd hit me up on FB. I was having a bit of a bad week when his friend request came. I asked him why he had looked me up after all these years. His answer stunned me: “You were the only cool kid who was nice to me.” First of all, I wasn’t actually a cool kid. I was more associated with cool kids. Second, I was not aware that I had been nice to him at all – my lack of social awareness is not a new thing.

I closed my laptop and reflected on my life – my history and the events that have shaped me. It dawned on me: Although I have inadvertently been a jerk to a few on my journey, I  go out of my way to be kind to people. Looking back this seemed odd since I really didn’t have much spare social capital. As I sat wondering why I had spent the better part of a life giving status away, it dawned on me: I  know what rejection feels like. And I don’t want others to feel it.

I realized that there is something Gospel happening in me that I did not expect: God is redeeming my dysfunctions. The great act of redemption, or as the last centuries preachers called it, “the great doctrines of the cross” do involve God forgiving the penalty of sin. But God is also healing the pain of sin. Over the course of my life, with the help of good friends, God, and time, the deep wounds have healed over. The scars are fading. The stories I tell about the lack of hope under the surface of the snarky and attention seeking teenager I once was, feel like I am telling someone else’s stories.

But here is the big surprise, God has not taken away the power of sin in my life. That one God is doing something very different with: redeeming it. Through the fierce grace of the crucified and risen one, the Holy Spirit is reclaiming and transforming my dysfunctions, the sins committed upon me and by me, the ones that held sway over how I saw myself and how I behaved – those are the places my life is actually having the most impact. And that, I am learning, is “thy Kingdom come.”

Don’t misunderstand, my life hasn’t been horrible. But it hasn’t been a bed of roses either. Maybe more of a briar patch: Green yes, but some sharp stuff there too. But God is taking my brokenness and using that which caused the most pain to bless both me and others. Here are a couple for size…

-I was an unwanted child. Given up at birth. Today I instinctively look for the neglected in a room.

-My dad, whom I love dearly and have a good relationship with today, was busy. He eventually left our family for another woman. God is redeeming that too: Being a man my children can do more than love, but like and respect is a true joy. The value I place on remaining close in head and heart with Kari was birthed in the briar patch of infidelity.

-I grew up outside the faith, outside of the message of God’s relentless grace. I first heard the story of Jesus’ crucifixion as a fresh high school graduate at a Young Life camp in 1982.  It was all I could do to keep from standing up in the middle of 300 students and yelling, “Tell me more!” It was too good to be true, this message of God’s unearned favor. Favor purchased not by my ability to get the attention of my father, but by the Father’s attentiveness to the world to gift his son. This son offered himself on a cross, as St. Peter says, “the righteous for the unrighteous, to bring us to God.” God is redeeming even my lack of knowledge of him: To this day I cannot speak of Jesus’ passion without tears in my eyes. I am still grateful to my toes for the hope God brought me through his passion.

My deepest wounds have taught me that all is grace.

Or could be if we would allow it.

Don’t mistake me. I am not winking away pain. I’m not pretending that the hard things didn’t hurt. They did. I have seen too much pain, wept with too many who have been harmed, and sat with too many in death. But those things are being transformed by a God who stared death in the face, took everything death could dish out and handed it back saying, “not today, sir.” For the high price paid by Christ and offered freely – How could I possibly respond to God with anything but the “thank you” of my life? How could we, as  family of grace possibly do life without room for others?

So I give grace. To a fault. I get burned. I get ripped off. I have to be mindful not to expose those under my care to dangerous people. I give too much grace. How can I not, so much has been given to me? Living in the desert I only discovered a few years ago that my favorite food, blackberries, grow on briars. It seems appropriate somehow, God bringing all that tart sweetness from a bramble.

In the movie “Prince of Persia” there is a scene in the desert. The prince is marching across a wasteland into the enemies’ territory. The captured princess (and love interest) is frustrated at his foray. She mocks him. “You even walk like one, the arrogant walk of a prince of Persia.” Dastal, the prince, confesses his secret, “I wasn’t born  a prince at all. I was an urchin.” It was an era without social mobility, so amazed, the princess asks, “How?” “I don’t know,” Dastal responds, “He chose me. He found me and brought me into his home. He is all I have.”

Gratitude. Dependence. Loyal love. Those are what knowing that he was adopted gave Dastal. It is what my welcome into the Kingdom, by our adopting God, has given me. It is what God offers you. On Ash Wednesday we say, “Remember we are dust, and to dust we shall return.” This is not medieval self-abasement. It is remembering who we are and whose we are: chosen, adopted children of the King. It is about remembering so that we  live a Eucharistic (“thanksgiving”) life.

I give grace because I have received it. And the grace I give will never begin to equal the grace I have been given. Partially because when we extend grace, more grace if given. Have you experienced grace, the absolute unearned love of God showered upon your heart? Have you experienced the reality that John describes: “To all who receive him, even to those who believe in his name, he gave the right to become the children of God.”

There is an undeniable brokenness that comes with being human. And, lest we forget, life reminds us all sooner or later. We can deny it. Pretend it doesn’t hurt. Tough it out. But why? Our pain has been purchased. Redeemed like a soda bottle bought back by the corner grocer. There has been a transaction on your behalf. You aren’t just God’s child by birth. You have been chosen and redeemed on a cross. You have been adopted as God’s own: a prince/princess of the Almighty, called into relationship with the entire Holy Trinity for all eternity. You have been given a task and a mission to accomplish. God desires to give each of us grace, and through us, to extend that grace.

For you to be someone’s Todd.

And for someone else to be yours.

So there is no such thing as the unwanted in God’s economy.

No such thing as being Fatherless.

No such thing as a life without a high and holy calling.

But we can live like there is. Some here are walking away from their adoption. Some are keeping the Father at arms length. For you I have one question: ARE YOU NUTS!

There is an expression that kids were using a few years ago. “Are you pickin’ up what I am layin’ down?” God sent his son to lay his life down for you. So that you could have life. Are you picking up what he laid down?

It is specifically through brokenness that God brings forth beauty. But God is no bully and only works when our brokenness is surrendered.

Empty briars or ripe berries? Orphaned or adopted? Sin that so easily entangles or pain fiercely redeemed? The “yes” of your life by faith makes all the difference.

6 thoughts on “Todd, adoption, and a briar patch: Glimpses of God at work”