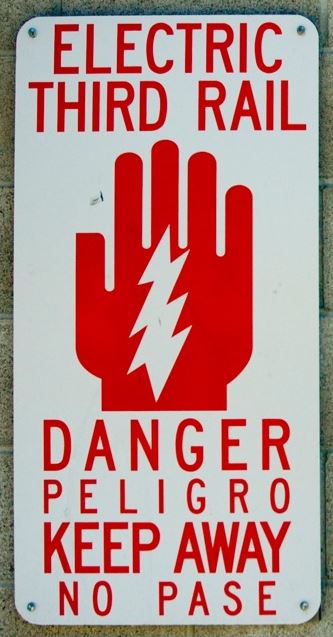 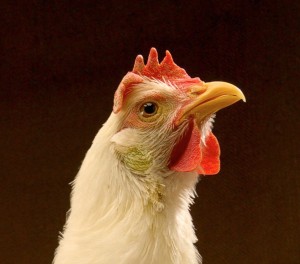 On the way into our 78th General Convention my word to my nervous brethren was, “Worry not. Outside of choosing new leaders, national meetings are irrelevant to the day to day operations of our hen houses.” General Convention is now behind us and I want to cluck a little…

First, I think we did very well in our choice of a new presiding bishop, the Right Reverend Michael Curry of North Carolina. He is a Jesus guy, will represent the Episcopal Church positively in public, and is an inspirational preacher. Unfortunately, my conjecture of Bp. Curry’s election was probably the only thing I was right about. In retrospect, this convention has the potential to leave no Episcopal church unscathed. Before General Convention (was that really only two weeks ago), I described a pothole (marriage canons) and a third rail (prayerbook revision). My belief was that we would dodge the pothole and, as long as we avoided touching that rail, all would be fine. Unfortunately, our bishops and deputies did not just run us through the pothole and touch that third rail, they danced on it…and, perhaps, set a timer ticking on a hastened demise for the Episcopal Church.

What is this hyperbolic high voltage rail and ticking time bomb to which I refer? Its official name is Plan for Revising the Book of Common Prayer. “Rest easy,” you will be told. “Prayerbook revision is a long, slow process.” In fact, it will take so long that its’ rhythmic background patter may lull you to sleep. But don’t think that tick-tock is harmless. Legislative item A 169, “Establish a Process for the Revision of the Book of common Prayer 1979,” sounds innocuous, but you should know that, “Preparing a plan for comprehensive revision” is code for “we will have a new prayer book in nine years unless we can figure out a way to do it sooner.”

The insider speak promoting the revision is in code as well. Let me translate:

Bishop Thomas Breidenthal of Southern Ohio, who is on the committee responsible for the revision, told the House of Bishops, “the resolution commits us to a theological, liturgical and ecclesiological conversation. I hope we can move forward with boldness to say we are ready.” Translation: We are going to talk about a lot of stuff not heretofore considered “Christian.”

The Rev. Ruth Meyers, chair of the committee, told the House of Deputies, “It’s become increasingly apparent that the 1979 prayer book is a product of its time…it’s time for us to take stock of our church and context in this century.”

Translation: “We want a prayerbook with marriage liturgies that work with same-sex couples, a new pledge in Baptism that Christians care for creation, a wholesale change in wording to reflect the growing universalist bent in our church, and the stripping of gendered language from our liturgies.”

For the uninitiated, the idea of “non-gendered language” is to purge our liturgies of “problematic” words like, “Lord,” and “Kingdom.” Also on the cutting room floor are “patriarchal” words for God, like “Father, Son, and Holy Spirit.” In their place we shall have “non-discriminatory” ones like, “God, Child, and Spirit.” Wrap your mind around the implications of that for a moment – a non-gendered God…except that the Holy Spirit is nearly always referred to as “she” by this group. Apparently the alternative to the biblical mode of speaking of God will be to jettison male deity references and substitute a female one. Are we about to become goddess worshippers?

I would like to say that I trust the motives and gracious impulse of those driving this. I believe they have a genuine desire to welcome and serve other more marginalized poultry-the ones not in the hen house. I have serious theological concerns about the way they want to accomplish these goals though. It is above our pay grade to change those words in the prayerbook that are the scriptures reorganized for public worship – when it is quoting the revealed words of scripture and the doctrines of the Christian tradition we cross a line. We are not our LDS convention hosts, no matter how welcoming they were in Salt Lake City. We do not receive, as our bishops said repeatedly, “new revelation from God.” And to think that new revelation comes by means of popularity contest in the form of “yeah” or “nay” vote is the epitome of progressive-modernist arrogance. We have an impeccable understanding of parliamentary procedure but need a refresher in systematic theology.

The convention seems to have gotten caught up in a collective euphoria over the Supreme Court’s Obergefell decision – the convention broke out in dancing at the announcement, and they danced their way to prayerbook revision. I was assuming our flocks would be protected from this ecstasy by our ordinarily circumspect house of bishops. Sadly, I was wrong.

Each of these changes appears to represent a break with scripture and the tradition. What is certain is that we have, as a denomination, moved from “providing generous pastoral response”  and “accommodation” for same-sex couples, to the endorsement of same-sex marriage – a change from the stated end-game of the last two general conventions. “There is no slippery slope here, but let me distract you from looking too closely while I pull a revisionist rabbit out of my hat.” And while grousing over sexuality is the sour grapes of the group that just got played, sex is about to become the least of our worries. Our church has set the groundwork to move far past sexuality – Univeralism and the gender reassignment of God. We are now talking about wholesale theological alterations that affect the creedal foundations of our faith.

Which can only mean one thing-the sky is falling!

For non-Anglican readers, prayerbooks are important to Anglicans because our prayers express our theology. Prayerbook revision has long been Anglicanism’s third rail. It takes us off of mission and distracts us with futzing over words. In the end, prayerbook revisions always leave a disgruntled group. That is why revision has historically resulted in schism and defections.

But if we think the last decade in which we lost 24% of our attendance was bad, we have not yet begun to see the emptying of our parishes like will happen IF a version of the prayerbook this group is telegraphing that they want to give us is mandated for usage. We have a decade for them to warm us up to the idea, though. The timer has begun. The clock is ticking…

When our decade runs out and the new prayerbooks are delivered will the result be what the revisionists hope, a “Times Square” moment – a giant ball dropping on a heady new era?

Or will it be the detonation of the mine that finishes sinking our Episcopal Church, a boat that has been taking on the waters of numerical decline for more than a decade?

We shall see. But if we continue to grab this track, the smell of electrocuted flesh in our nostrils will be our own. If there is a silver lining it is that perhaps other churches will be blessed by our self-destructive inability to keep our hands off of the high voltage.

And Chicken Little implores orthodox Episcopalians to scratch and cluck a bit before it is too late, especially orthodox Lesbian and Gay Episcopalians. Don’t sell your soul for a bowl of same-sex marriage rite inclusion pottage in the prayerbook. Are universalism and a new deity really what you signed up for? Many of you have told me that you joined this church because it was an orthodox expression of the Great Tradition. Will that still be true when the clock strikes?